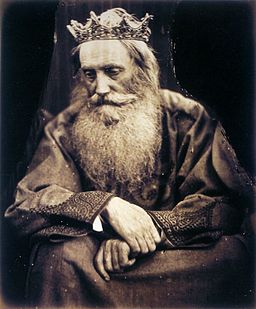 “A man after God’s own heart,”
Divinely favored, protected,

Yet violent, a killer with a stone,
Then beheading giant Goliath.

When her husband was away,
Then plotting his death…done.

A model King? God’s anointed?
But war-cursed when he sinned…

Ancestor with his stolen wife
Of the coming Messiah:

He never prayed to escape justice,
Always finally knew his own fault,

Suffered, lost his man-love, love-child,
Yet by grace, with grace, ruled forty years…

The previous week’s sermon at Shepherd of the Hill had addressed the question “What must I do to be saved?” with “You already are! God is not wrathful. God is loving. Now start to live into that gift. Stop living so anxiously. Live more joyfully. Take more risks….”

“Costly Grace” is a follow-up anchored in a clear, though impossible, ethic where Jesus instructs his disciples on how to live as children of God.

“Love your enemies and pray for those who persecute you, so that you may be children of your Father in heaven, for he makes his sun rise on the evil and on the good, and sends rain on the just and on the unjust…. You, therefore, must be perfect, as your heavenly Father is perfect.” (Sermon on the Mount, Gospel of Matthew 5:44-48.)

Editor’s Note: Be sure to read all three before drawing conclusions about the first. -:)

They can afford to drive that car?
How is it possible if they
Are getting food stamps? Is it fair
Now in America to be
Killing yourself with cigarettes,
Smoking away your life, and have
Grandkids while still having kids?
Is there no shame for those who live
Very foolishly on welfare,
Indulging in deserts — to say
Nothing about drinking that beer,
Giving thanks for another day?

Those weasels live above the law,
Having their attorneys to wheel
And deal so they will never pay,
Never spend one day in the jail,
Knowing taxes are not for them.
Some people live in luxury,
Give parties, always see their name
In papers, send their kids away
Very soon to schools where they all
Inbreed and learn of drugs–to say
Nothing about drinking Cristal
Giving thanks for another day.

Giving thanks for another day
Reminds me middle-class folks, too,
Are not perfect in every way:
Cautious, conservative, it’s true–
Everyone for self must pray.

My son once asked me “What is time?”

I answered, “I don’t know. It’s a perennial question of philosophers and theologians. But, so far as I can tell, time is what we have.”

Some people think that time isn’t real. It’s a human construct and only eternity is real. They think of time and place as the prison of the soul, the antithesis of, or the prelude to, eternal life.

It always seemed a bit strange to me. Like the imaginary friends children make up because they’re afraid of being alone in the dark. I could never understand.

The animals know what time is. They also know eternity. They wake and sleep with the rhythms of the sun – rising and setting daily – the markers of what we call time. They know nothing about clock time or the names of days, months, seasons or years, but they live in the reality of time.

Time is what we have between birth and death. Eternity is the depth of time, the Mystery beneath, within, and beyond the limits of time. We participate in the eternal, but we are not eternal. To think otherwise is to consider ourselves the exception to nature itself.

The illusion of superiority to nature – the idea that the human species is nature’s singular exception – is a fabrication peculiar to the species that considers itself conscious. The imaginary friend of eternal life may help us sleep better at night, but it leads to slaughter and, eventually, to species suicide.

Ernest Becker (The Denial of Death) saw the denial of death as bedrock to American culture. The denial of death – the refusal to acknowledge it as real; the flight from the knowledge of our mortality – not only deprecates life here and now; it takes into its hands the life and death of those different from ourselves. It builds towers to itself that reach toward the heavens while it plunders an earth it considers too lowly for its aspirations.

Time is our friend and time is our limit. We are meant for this. “Grace and pride never lived in the same place,” says an old Scottish proverb, for pride always seeks to exceed what is given (grace).

Time is what we have. Time is a participation in the glory of God. If there’s more, it will only by grace.

The Pope asked Michelangelo to make
his tomb. A grand statue of Moses soon
emerged from stone–each whisker clear, each vein
distinct, emotions boiling free–quite like
a man who had encountered God, who had
been changed, whose head had horns. “Whose head had horns?”
…
The Latin Bible for a thousand years
had said it. Yes, it’s true the Hebrew word
was later learned to mean that Moses’ face
“shone,” “glowed”…was illumined by holy light.
But either way, folks seeing such a sight
cried, “Cover up your head!” We all want grace,
forgiveness, mercy–not ten laws that show
our flaws–that, we don’t really want to know.

Fourth in a series of four haiku poems on RAIN: “Rain 4”

the rain falls on all

falls on the just and unjust

just give thanks for grace

The first two lines refer to a portion of Jesus’ Sermon on the Mount:

You have heard that it was said, “You shall love your neighbour and hate your enemy.” But I say to you, Love your enemies and pray for those who persecute you,so that you may be children of your Father in heaven; for he makes his sun rise on the evil and on the good, and sends rain on the righteous and on the unrighteous.

Sammy Williams, Pastor of Northminster Presbyterian Church in Richmond, VA, posted a thought-provoking piece on the Sermon on the Mount, including this picture that was taken just before “the hilicopters, tanks and jeeps swarmed in” on military maneuvers.

Is the Spiritual Discipline of Fasting Un-American?

“The Supper of the Lamb,” Robert Farrar Capon’s

insisting it was better far to feast, then fast.

But we are surrounded by ads, take-outs,

fast-FOOD!  Can we really just be drinking

plain water for a day?  Can a fast last?

We can remember to say Grace

(recall when a prayer was thinking

food was a gift?)  Be thankful FAST!

Then souls will grow, waist-lines

we must first feast, then fast.

Steve’s poem transported me back in time to the boyhood where Grace preceded every meal. All heads were bowed. All ears were open and mouths shut before we feasted on my mother’s cooking. Many of the words my parents offered are gone, but the gift they gave us was deeper than words: the quiet, humble, reverent tone with which the prayers were uttered… on our behalf…and on behalf of those who had no food. Nothing at the feast was fast or taken for granted. “Give us this day our daily bread….”

I live with doubt

I live with doubt:  my faith is weak,
Dark clouds are what I see.
A God of love is all I seek,
Can such a good God be?

The world is full of greed and lies,
Of war and talk of war.
Can any savior hear my cries
And hope and peace restore?

When Jesus met the man born blind,
He touched his eyes with clay.
He bid him wash and he did find
His sight and a new day,

The sun breaks through, I see ahead
My task to feed the poor.
I still have doubts, but grace instead
Of fear I feel much more!

My thoughts and feelings come and go
Like sun dissolves the snow;
But God is firm, and now I see,
That God has faith in me.
Garrison Keillor’s “The Writer’s Almanac”posting on the anniversary of the birthday of John Newton, converted slave ship captain, prompted Steve to write these stanzas in honor of the author of “Amazing Grace.”  Steve’s hymn can be sung to the same tune. The meter is the same.

With traitors, cowards, doubters he sat down,

he took the bread, gave thanks, passed it around…

With Adam, Eve, and Sarah, Abraham,

with David and Bathsheba:  sinners all.

With you and me, with the whole human family,

he shared the holy cup of salvation.

The water, flour and heat (bread):

his body broken.  Then his blood was shared:

the fruit of the vine, pressed down, runs over

Give thanks for grace, for love, for mystery.

(Jesus):  This do in remembrance of me.

Any faith worth its salt recognizes our capacity for denial, betrayal, and flight, as well as our capacity for truth, love, and courage. Steve Shoemaker’s poem about the Apostle Peter, “the Rock” who crumbled, takes us into the heart of the matter. It;s a reflection on Peter denying that he knew Jesus (represented by Carl Bloch’s painting where he looks away from the woman who claims he knows him) and the post-resurrection appearance where the resurrected Christ offers forgiveness.

The future Bishop began badly.  He

was “rude, crude and lewd,” as they say.

His fist would shake, would hit,

his mouth could often be a sneer, or leer…

but Jesus chose him first.

The fisherman was big and brash, yes,

bold as well at times.  But after the arrest

a servant girl confronted him and

told those listening that Peter was with Christ.

He swore and then denied it, then again

and still again–she would not stop.

The cry then came of rooster telling of the dawn,

and he wept because he had told a lie.

when Jesus three times told him,

Peter “the Rock” was no rock. Nor are we. He was sinking sand. So are we.

Like “the future Bishop,” we slip badly and yet we are raised up. Betrayal, denial, flight are part of every human story. But grace… even more….so much more, abounds! And to the likes of Peter and of us, there comes to our three-fold denial the Voice of forgiveness with a gentle but bold command: “Re-gain your courage. Live in love!”