“The people are to be taken in very small doses. If solitude is proud, so is society vulgar.” – Society and Solitude (1870).

Views from the Edge is a title that seeks to balance society and solitude. The views are from the edge of society. It is a proud title that assumes a place apart from the vulgarity of mass movements of society’s collective madness.

But so often lately the voice that seeks to speak from the edge echoes the whirlwind into which I had sought to speak. My voice is proud in its solitude and as vulgar as the society to which I wish to speak. It’s a rare accomplishment to do both at the same time!

Pondering Emerson’s aphorism led me to think more about pride. Pride is vanity. Vanity is pride. The equivalence of pride and vanity led me to one of the Ten Words Moses brought down from Mr. Sinai: “You shall not take the Name of the LORD (YHWH – the Name that cannot be spoken aloud because it is too holy, too sacred, too hidden from human knowing, for human naming) your God in vain.” ‘Vain’ as in proud?

The commandment about vanity is commonly misunderstood as a commandment against vulgar speech, i.e, You shall not curse. That would be easy. Just use the word “God” carefully and you will have fulfilled the commandment.

But the Ten words of Moses are not that cheap, this one perhaps least of all because it speaks to how, and whether or not, we honor the Reality that is beyond every reason for human pride, individually or collectively, in our solitude or in society itself.
Solitude is proud and society is vulgar, not the other way around, according to Emerson, and we need to get away. “The people are to be taken in very small doses.”

Elie Wiesel’s story of a Hasidic Rabbe’s conversation with his grandson Yahiel expresses the dilemma of solitude and society (Four Hasidic Master sand Their Struggle Against Melancholy, University of Notre Dame Press, 1978).

Yahiel comes to his grandfather in tears. He’s been playing Hide-and-Seek with his friend. “He cheats!” says Yahiel. “I hid so well that he couldn’t find me. So he gave up; he stopped looking. And that’s unfair!”

Yahiel had been playing the game our society loves to play. His friend had left him alone in solitude. His friend was a cheater because he abandoned the search.
Meantime, we in 2017 play our own games of Hide-and-Seek. We seek to balance solitude and society, self and nation, individual liberty and national security, personal responsibility and care of the neighbor. So often the voices are proud and the society is vulgar.

Vulgarity and pride are Siamese twins. They go together. Pride point to Vulgarity as sinful; Vulgarity shifts the blame to Pride. Each is the mirror image of the other. They spend their time looking in the same mirror. All the while they abandon the search for the God whose Name is used and abused by mortal Pride and mortal Vulgarity alike.

God will not be found in our mirror.

Well yes, I’ve lost weight in a flash,
But I’ve spent all my cash–my skin has a rash,
My Mother won’t feed me,
My wife doesn’t need me,
I’ve lost hair (pubic), beard, and mustache.

“Vanity, Vanity, All Is Vanity…” Ecclesiastes

There are companies (for profit, of course)
that feed the egos of people in choirs
throughout America. They hire a hall

(Carnegie, Kennedy) or Cathedral
in Europe needing cash, and for a fee
will fly or bus us singers there. A “FREE

Concert Today!” is the result, and folks
(tourists) are dragged in off the streets
to hear the songs of BROADWAY! or of BRAHMS!

(Or aged aided ears are wheeled from “Homes”
with “Music Clubs” to fill the seats or pews.)
The “Concerts” never seem to make the news…

So if you’ve heard the singers who have said,
“Yes, WE sang THERE!” you know that they have paid. 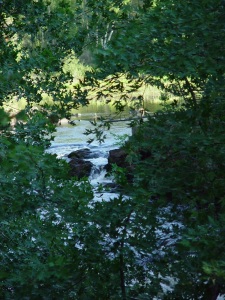 Once upon a time a pompous nobleman paid a call to the English Embassy in St. Petersburg, Russia. He walked into the office and demanded to see the ambassador immediately. “Pray, take a chair,” said the young attaché, “the ambassador will be here soon.”

The visitor took exception to the off-hand way he had been treated. “Young man, do you know who I am?” he demanded, and recited a list of his many titles and appointments.

Pride, vanity, greed, self-deception, and illusions of grandiosity are part of the human condition.

We are creatures of the wilderness, wanderers and sojourners in time who have here no lasting city to dwell in. And so, as in the legend of the Tower of Babel in The Book of Genesis (chapter 11), we (humankind) come upon the Plain of Shinar . . . or some other version of it. . . and settle down to rid ourselves of anxiety . . . and we settle there as though we could build something permanent that would be a fortress against the uncertainties of the wilderness and the knowledge of ultimate vulnerability and ultimate dependence. We build our own societies and towers of Babel.

Yet there is something about us that still loves a wilderness. Something in us that knows that refusing the nomadic wilderness – “and as they journeyed, they came upon the Plain of Shinar, and settled there” – is fraught with greater danger and social peril. Something in us knows better than to settle down on the Plain of Shinar to build something impervious to the dangers of the wilderness and time. Something in us knows that the brick and mortar will crumble, that the projects of pride, vanity, and greed will fall of their own weight, and that the high towers we build with the little boxes at the top that presume to house and control Ultimate Reality (G-d) are little more than signs of a vast illusion, the vain act of species grandiosity. For in the Hebrew tale of the tower of Babel with its “top in the heavens,” the joke’s on us. The narrator speaks truth with humor: God has to come down to see this high tower.

Every society and culture has its own version of the city and the tower of Babel. Equally so, in every society there is at least the memory of the wilderness, a sense of call to recover our deeper selves as mortals whose destiny is only found by traveling beyond the politics and religiosity of pride, vanity, greed, self-deception, and grandiose illusions.

Jesus begins his ministry in the wilderness. He partakes of John’s baptism, and when he did, the Spirit grasped him and called him further into the wilderness, “drove him into the wilderness” – away and apart from all distractions and illusion – back to the place where humankind lives before it “settles” to build the political-economic-religious tower, the impervious fortress and monuments to itself in the Plain of Shinar.

Those who would learn from the Genesis legend and those who wish to follow Jesus are called into the wilderness to restart the long spiritual journey that stopped too early.
For the fact we deny is that underneath all our steel, glass, and technology, we are still animals – mortals subject to the most primitive yearnings, vulnerable creatures who possess nothing.

In his poem “The Wilderness” American poet laureate Carl Sandberg realized a great truth long before it came into vogue.

There is a wolf in me . . . fangs pointed for tearing gashes . . . a red tongue for raw meat . . . and the hot lapping of blood—I keep this wolf because the wilderness gave it to me and the wilderness will not let it go.

O, I got a zoo, I got a menagerie, inside my ribs, under my bony head, under my red-valve heart—and I got something else: it is a man-child heart, a woman-child heart: it is a father and mother and lover: it came from God-Knows-Where: it is going to God-Knows-Where—For I am the keeper of the zoo: I say yes and no: I sing and kill and work: I am a pal of the world: I came from the wilderness.

Jesus of Nazareth, whom Christians call The Christ, walked in our wilderness to live authentically and faithfully as a human being among all the beasts of the menagerie that were part of his nature and are part of our nature. Immediately after he had gone down into the waters to die to the worlds that would fool and twist him, and just as quickly as the voice from heaven declared him “my beloved Son in whom I take pleasure,” the spirit immediately drove him into the wilderness. As the Gospel of Mark narrates the story, he was there for forty days among the wild beasts, and angels ministered to him.

By God’s grace and power, may it be so also with us.