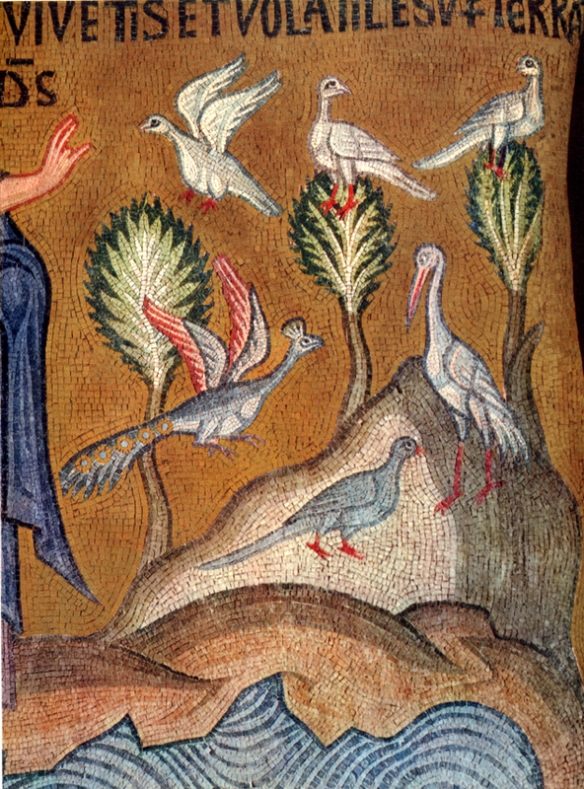 Today is Easter Sunday and April Fools’ Day. Easter celebrates the victory of life over the power of death, or, as a Medieval hymn put it, “Now the green blade rises from the buried grain. April Fools Day dates back to the 1500s when the Gregorian calendar replaced the Julian calendar. Those who forgot that April 1 was no longer the beginning of a new year were called “April Fools”. They were fools because they were living in the past.

The threat and reign of death in the midst of time plunge us into death’s grip long before we die. Though the canonical Gospels’ descriptions of the resurrection vary in their details, all of them make it clear that a cruel state execution has met its match and more. The evidence is an empty death garment and armed guards who “quaked and became like dead men.” Those who issued the orders and followed them are made to look like fools. A new ordering of things had begun.

However one interprets the resurrection — physical or metaphorical — the Easter story is intrinsically theological and political in the most profound senses of both words. It proclaims of the victory of life over the moral power of death exercised by ill-informed institutional power and authority.

A participant in last week’s Lenten Series “Be Still To See More Clearly” asked the question you may be asking. “What’s theology got to do with politics?” I answered “Everything! Theology is intrinsically political and all politics is theological. What did Jesus preach? He pointed beyond himself to the Kingdom of God which is here in part but yet to come in fulness. A kingdom is a society. Societies are people. Jesus’ good news was the society that is not captive to the up-down world. Jesus was the model of non-exceptional ethics and morality. He was not a prisoner of the politics of death. He insisted that there is only ONE house with many rooms and called his disciples to live and die for the house that unites us all as the benefactors of creaturely interdependence.”

This Easter and April Fools’ Day a case of the shingles keeps me away from the hymns of glad rejoicing and publicly expressed hope for the world. This morning’s news from the Washington Post reminds me that the conflict between the Kingdom of God and the kingdoms of this world is as real as it was two days before Easter. On Easter morning tweets went out repeating the folly of Good Friday.

Trump says ‘no more’ to DACA deal, threatens to cancel NAFTA to force Mexico to secure the border.

President Trump said on Twitter that there would be no deal to legalize the status of millions of “dreamers,” undocumented immigrants brought to the United States as children, stating that the U.S. border with Mexico was “getting more dangerous” and directing congressional Republicans to pass tough new anti-immigration legislation.

Trump also lashed out on Twitter at Mexico and threatened to “stop” the North American Free Trade Agreement in retaliation for Mexican authorities not doing enough in the president’s estimation to secure its border with the United States. – Washington Post, April 1, 2018.

This Easter and April Fools’ Day many husbands will leave their golf clubs home to sing the hymns of love’s triumph over the moral power of death. One can always hope there will be one more. Stranger things have happened before at the 19th Hole.

“Now the green blade rises from the buried grain. Love is come again.”  Christ is risen! Happy Easter. No joke!