I stand before you today to announce my resignation, effective tomorrow at noon E.T.

To all of you who supported my campaign to drain the swamp in Washington, this decision will come as a huge disappointment, but it will not come as a surprise. 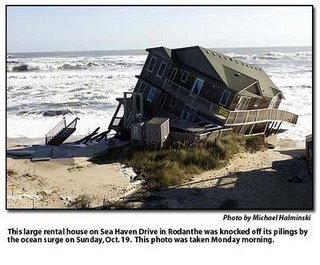 As a real estate developer I know that some swamps can’t be drained. As the Bible teaches, the wise man built his house upon the rock; the foolish man built his house upon the swamp. And the rains came down, and the rains came down, just like they’re coming down now in Texas, and the floods came up and washed the foolish man’s house away.

No matter how hard I’ve tried to lead you out of this swamp, the evil press continues to undermine my efforts — efforts greater than anyone in history before me and, I’m sad to say, greater than anyone who will ever come after me — to rid the country of the snakes, alligators, and crocodiles that are destroying our beloved country and undermining my promise to make America great again.

America will never be great again. Our best days are behind us.

You elected me because you wanted a winner. I’m a winner! Hillary lost. She lost big! She’s a sore loser. Just the other day she whined about our debate. “Donald stalked me; he stalked me!” Wa-wa-wa! I won. She lost. But the America I ran to save can only be saved by you, the American people. It can only be saved when you rise up to empty the whole swamp of Washington.

Tomorrow I will turn over the swamp to Vice President Mike Pence. Mike is a man who knows the swamp as well as anyone. He came to his office from Congress and will fit right in.

Melania, Barron, Ivanka, Jarod, and I will be moving to Monaco at the invitation of Prince Albert II. Monaco is a principality, but it’s already great! The Prince has invited the Trump family to live as his guests in the Princely Diamond Suite of the Hotel Hermitage in Monte Carlo where our beloved Grace Kelly — remember the beautiful Grace Kelly, sooo beautiful; she was drop-dead gorgeous — found a home outside her country as Princess of Monaco, and has invited me to be the grand marshal of the 2018 Monaco Grand Prix, the world’s most famous grand prix.

I love you all. I love America. I wish you well. I’m not a loser. I’m a winner like Prince Albert II whom the press also tried to destroy with vicious allegations of sexual exploits and illegitimate children.

Finally, I say to the New York Times, the Washington Post, CNN, MSNBC, and all the other fake news media, Mitch McConnell — what a loser! — to Hillary and Bill (whose campaigns, by the way, I generously supported over the years without a word of thanks), Mr. Comey, and Mr. Mueller, as President of the United States of America, I hereby absolve myself of all responsibility for the swamp by issuing a presidential pardon of Joe Arapio and of myself for all alleged offenses past, present future.