Here is today’s press release for “The LINE: Poverty in America. It’s not what you think”:

CHASKA, Minn., Sept. 24, 2012 – The new face of poverty in America is the subject of a new documentary film called The Line. The public is invited to a free screening of the movie at Shepherd of the Hill Presbyterian Church in Chaska, Minn. on Tuesday, Oct. 2 at 7 p.m. CST in conjunction with the premiere in Washington D.C. and sites all over the United States. 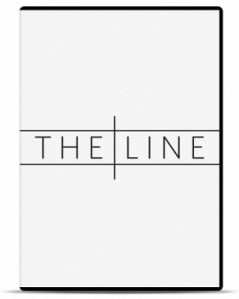 Logo for “The Line”

The Line is a groundbreaking documentary from Sojourners, a national Christian, non-partisan organization committed to faith in action for social justice, and Emmy Award-winning producer Linda Midgett. It features real people, their struggles, and their inspiring and creative responses to the challenges they face. The goal of the film is to break through traditional political divides, foster honest dialogue, and refocus our society on the common good.

Shepherd of the Hill Pastor Gordon C. Stewart will host a discussion immediately following the 40-minute film as part of First Tuesday Dialogues, a community forum held at the church from October through May each year that examines critical public issues locally and globally.

“Poverty is a faith issue. When I learned about the film I thought we should show that here. It fits our First Tuesday Dialogues program mission,” said Pastor Stewart. “What is more critical than poverty? The middle class has been slipping for a long time now. The problems are structural. Hand outs – traditional Christian charity – don’t address the deeper problem.”

Shepherd of the Hill Presbyterian Church is located at 145 Engler Blvd. in Chaska, Minn. 55318.  www.shepherdofthehillchurch.com

Leah Thomas was an attorney at the Legal Rights Center. Born and raised in southside Chicago, Leah’s older brother had been a member of the Black Panthers. She was raised with the cry for social justice in her bones, full of faith, smiles, laughter, and steadiness, a sturdy legal advocate and “mother” to the juvenile clients she defended in Hennepin County District Court.

She fainted one morning getting her coffee at Panera Bread. Days later she was gone. The funeral was held at her African-American church in Minneapolis. As Executive Director of the Legal Rights Center and Leah’s colleague and friend, I offered the following Tribute to Leah at the funeral.

Fills it with peace.

Amid the trials and the cares

Quick as a black panther

Steady as a turtle

She coos with the tenderness

walks with the strength of a lion.

And clarity of mind

And soars her craft

Through clouds and storms

To lead us on and through.

She brightens the room,

She wipes our tears

She fills us with her peace.