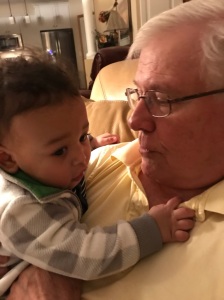 Grandpa, is this the end?”

The end of what, Elijah? You seem anxious. That’s not like you. End of what?

End of the world! Don’t you know? You’re the preacher!

You didn’t hear that from me. Where’d you hear about the end of the world? Who said that? Who got you all stirred up?

Mom did! I heard her!

What exactly did Mom say? And to whom did she say it?

She said it to Grandma. I heard it. I hear stuff, Grandpa. I don’t need hearing aids. You miss a lot of stuff. I heard it with my own ears.

Touché! But let’s step back a second to make sure you got it straight. What did Mom say?

Mom said “It’s over. Our world’s coming to an end!”

What were you doing when Mom said that?

I was just crawling like I have all day, and playing with some wires. Mom didn’t like it.

Uh-uh! She called me a terrorist! I’m not, Grandpa!

Yes. She was. But before she laughed, she’d been crying a lot. That’s when she called Grandma.

What did Mom say to Grandma? How did the conversation start? 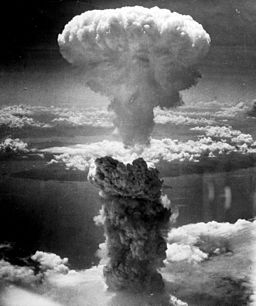 She said, “Mom, I’m so tired! He’s getting into everything! He started crawling! I have to follow him every second. I can’t let him out of my sight; I’m exhausted! Our world’s coming to an end!”

Yeah! This morning I pulled myself up. Pretty soon I’m going to walk. The beginning of life for me. The end of the world for Mom.

6 thoughts on “Grandpa, Is this the End?”