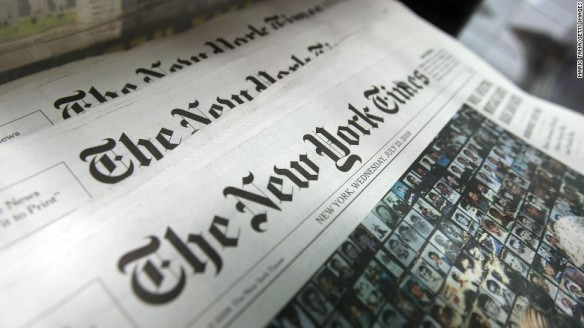 To a degree greater than his Oval Office predecessors, President Trump is waging perpetual war with the press, especially the New York Times.

Sons who reflect deeply on what makes them tick eventually wade in the muddy waters of their relationships with their fathers.

Although psychotherapists warn against armchair diagnosis, especially by those not trained in the DSM and diagnostic practice, some things have always been in the public domain of human wisdom. Among them is the existential relationship of a father and a son.

It’s taken 75 years of self-reflection to reach the little clarity I have about my father and me. Along the way I have listened to men, young and old, wrestling with — or refusing to wrestle with —their fathers.

Sometimes the fathers are alive. Sometimes they’re dead. But a father never dies. He lives on in the son who looks to him for approval, for legitimacy, for love.

The Story of Jacob

We are schooled in a companion tradition to the DSM, the ancient wisdom passed on from generation to generation by the Torah like the story of Jacob wrestling with the night visitor by the ford of the Jabbok.

The back story of Jacob’s night of wrestling is Jacob’s tricking his blind father Isaac into giving him the father’s blessing meant for Esau and Jacob’s crafty theft of Esau’s birthright.

“After that Esau hated Jacob because of the blessing from Isaac. He thought to himself, ‘My father will soon die, and I will be sad for him. Then I will kill Jacob.’” [Genesis 27:41.]

Esau’s fury has sent Jacob into flight fearing for his life. Now, after years of running for his life, Jacob is about to meet the brother he assumes intends to kill him. 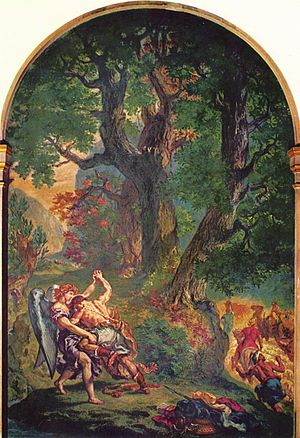 It is the night before Jacob’s encounter with Esau.

“Jacob was left alone; and a man wrestled with him until daybreak.  When the man saw that he did not prevail against Jacob, he struck him on the hip socket; and Jacob’s hip was put out of joint as he wrestled with him. Then he said, ‘Let me go, for the day is breaking.’ But Jacob said, ‘I will not let you go, unless you bless me.’

So he said to him, ‘What is your name?’ And he said, ‘Jacob.’ Then the man said, ‘You shall no longer be called Jacob, but Israel, for you have striven with God and with humans, and have prevailed.’ Then Jacob asked him, ‘Please tell me your name.’ But he said, ‘Why is it that you ask my name?’ And there he blessed him. So Jacob called the place Peniel, saying, ‘For I have seen God face to face, and yet my life is preserved.’ The sun rose upon him as he passed Penuel, limping because of his hip.” [Genesis 32:24-31 NRSV.]

Jacob’s dark night of the soul appears at first to be his unresolved sin against his brother Esau. But beneath the obvious, what the Genesis narrator sets up as a life-and-death moment between the two estranged brothers is a night-dream resolution of Jacob’s very being — his grounding in God . . . and his father.

Jacob is not the only one who has wrestled alone in the night. No night is bleaker than the absence of love, and the darkest of them come when the absence comes from one’s mother or father.

The memory of a father like Isaac casts a long shadow over a man like Jacob. No matter how far Jacob runs from his brother, he cannot walk outside the shadow of Isaac’s disapproval. So long as we run, we miss the holy limp that results from the wrestling.

Perhaps in the light of a son’s relationship with his father we see something much deeper than politics in the behavior and speech of Donald j. Trump.

Walking with a Limp

Jacob’s night of wrestling leaves him permanently injured. Forever after he walks with a limp. After his night by the ford of the Jabbok and the next day when Esau embraces him against every expectation, Jacob and Esau join together to bury their dead father.

For Donald Trump’s sake and for all the brothers and sisters the president has managed to estrange across the world in 2017, one can pray, and hope against hope, that Fred Tump’s heir would finally bury his father’s fight with the New York Times.

2 thoughts on “The Shadow of Fred Trump”