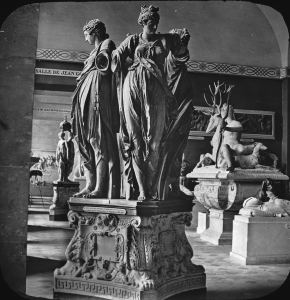 Yesterday a friend reminded me of the Four Cardinal Virtues:

They are called ‘cardinal’ (Latin cardo; English: ‘hinge’) because they are the ‘hinges’ of the good life and the good society. These are the hinges on which the door to the good life opens.

We don’t think much about ‘virtue’ in the Ayn Rand society. We have learned to recoil at the smugness of those who claim to be virtuous. Even so, one is led to wonder whether we recoil at the imprudent, ill-tempered tweetings and firings in the news because of lingering respect and yearning for the Four Cardinal Virtues, the traditional moral hinges of our cultural heritage.

Prudence/Wisdom. In Greek and Roman philosophy – the works of Plato, Aristotle, and Cicero – and in subsequent Christian teaching, all other moral virtues depend on prudence or wisdom (Greek: φρόνησις, phronēsis; Latin: prudent): the ability to judge between appropriate (i.e. virtuous as opposed to vicious) actions in a given time and circumstance.

Justice (Greek: δικαιοσύνη, dikaiosynē; Latin: iustitia) is the moral and economic balance between selfishness and selflessness, between having more and having less than one’s fair share.

Courage (Greek: ἀνδρεία, andreia; Latin: fortitude) means not only fortitude/strength, but forbearance, endurance, and the ability to confront fear, uncertainty, and intimidation.

Could it be that the daily unhinged violation of the Four Cardinal (hinge) Virtues is why we feel so unhinged?

1 thought on “Why do we feel so unhinged?”