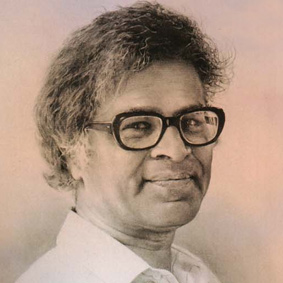 Living with myself is hard sometimes. Almost as hard as it is to live with me. I need lots of help to be a better person.

This morning, Anthony de Mello‘s and Dietrich Bonhoeffer‘s reflections featured in William Britton’s Wisdom from the Margins: Daily Readings brought me up short.

Saʿdī of Shiraz tells this story about himself: “When I was a child I was a pious boy, fervent in prayer and devotion. One night I was keeping vigil with my father, the Holy Koran on my lap. Everyone else in the room began to slumber, and soon was sound asleep. So I said to my father: ‘None of these sleepers opens his eyes or raises his heart to say his prayers. You would think that they were all dead.’ My father replied, ‘My beloved son, I would rather you were asleep like them than slandering.’” (Anthony de Mello, The Song of the Bird) 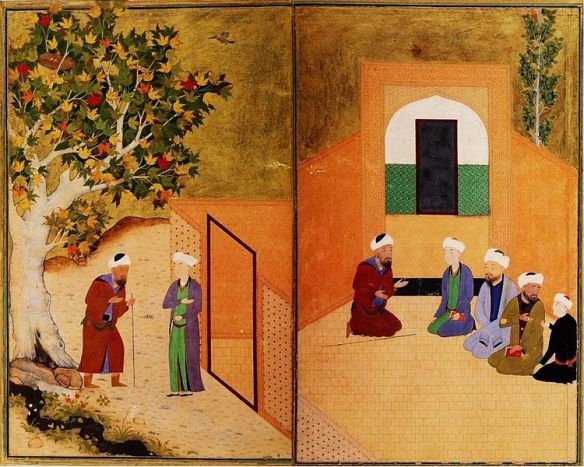 Sadi and the youth of kashgar Bukhara (1547)

My own father and Saʿdī’s father were much the same. I can’t help wondering what Dad might say today of all the slandering and the sleeping.

To my unredeemed slandering heart and mind, the sleepers (those who refuse to stay awake to what is happening in America) are readily identifiable by their choice of a news channel. The sleepers, I say to myself, are not awake…like me. Oops! The voices of Saʿdī’s father and mine alert me to my habitual slandering. They call me to a lead a more gracious, fuller, life.

But the way of living with myself and others consciously and respectfully seems impossible. It’s not simple. Slander is a sin of commission. Consenting to evil is the sin of omission. One is still called to act, but without slandering.

“Who stands firm?” asked Dietrich Bonhoeffer from his German prison cell following a failed plot to assassinate Hitler to end World War II. “Only the one for whom the final standard is not his reason, his principles, his conscience, his freedom, his virtue, but who is ready to sacrifice all these, when in faith and sole allegiance to God he is called to obedient and responsible action: the responsible person, whose life will be nothing but an answer to God’s question and call” (Letters and Papers from Prison).

While the masses had fallen asleep to the horror of the German Third Reich, Bonhoeffer “stood firm” and paid the ultimate price — state execution — for committing the sin of commission: resistance to Hitler and mass madness and slaughter. One might suppose that a man like Bonhoeffer’s disdained the character of those who fell asleep. But it was this same Bonhoeffer who instructed the students of his underground seminary the lesson Saʿdī’ father and mine tried to teach us.

“By judging others, we blind ourselves to our own evil and to the grace to which others are just as entitled as we are” (Dietrich Bonhoeffer, The Cost of Discipleship).

It’s hard to live with myself! I need all the help I can get. Bill Britton’s Wisdom from the Margins: Daily Readings is a hidden treasure worth the price for anyone feeling the need to “stand up” without slandering.

1 thought on “Living with Myself”