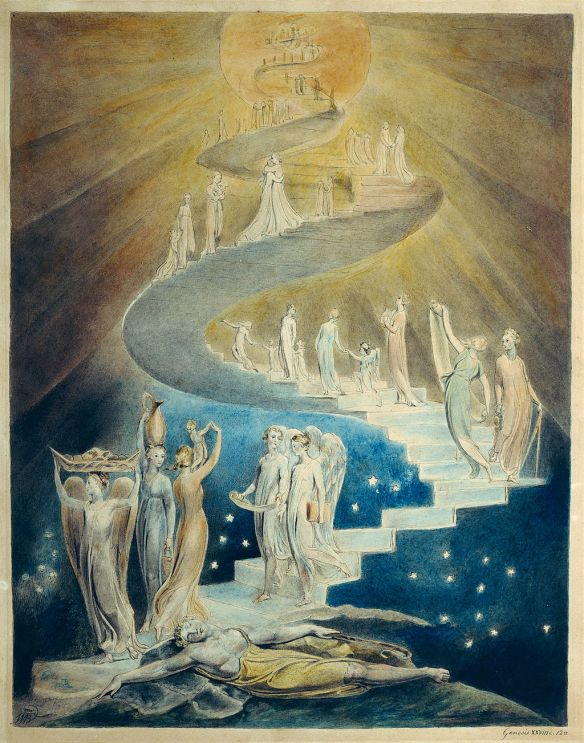 Thanksgiving 2018 arrives as a welcome interruption. It invites us into a sacred pause in this time and place of national division. One place to pause is the story of Jacob wrestling with God, the Nameless Presence (Genesis  ), and the song “We are climbing Jacob’s ladder.” The Genesis story is Jacob’s dream the night before he would come face-to-face with the estranged brother he had every reason to fear. After many years of separation, Jacob is about to face the brother he had tricked and had stolen Esau’s right to the family inheritance. Jacob does not want to meet his brother. Neither do we Americans who will sit down to a turkey dinner with family members on the other side of the political fence from us. Discussion of Jacob’s Ladder might bring an insightful Thanksgiving 2018 around the tables where Donald Trump is the turkey the family is afraid to carve .

The origins of “Jacob’s Ladder”origins — African slaves singing in the cotton fields under the plantation owner’s nose — gives a different meaning to the song. Jacob’s Ladder and the biblical text from which it comes represent a great reversal in human consciousness. After Jacob was defeated by the Nameless Presence, his spirituality took a 180 degree turn. “Surely God was in this place, and I did not know it!” His encounter wth his estranged brother turns the tables from fear and the rule of violence to the unexpected gift of reconciling love.

2 thoughts on “Gratitude in Place and Time”