Je suis Français! Remember when Je suis Français (I am French) was everywhere on Facebook? That was three years ago after the November 13, 2015 terrorist attack in Paris. Americans identified with the French. Yesterday I felt like that again.

Marking the 100th anniversary of the armistice that ended World War I — “the War to End all Wars” — at the Arc de Triomphe in Paris, French President Emmanuel Macron spoke of the chaos and death unleashed by nationalism. Here’s an English translation of an excerpt:

Patriotism is the exact opposite of nationalism. Nationalism is a betrayal of patriotism. By saying “our interests first, who cares about the others,” we erase what a nation holds dearest, what gives it life, what makes it great and what is essential: its moral values. I know there are old demons which are coming back to the surface. They are ready to wreak chaos and death. History sometimes threatens to take its sinister course once again.

One need not be French to applaud Mr. Macron’s statement. Days before the national election in America, I wrote a piece on nationalism as the rising god of our time.  A wise friend advised against publishing it. He likely was right at the time. But Mr. Macron’s words at the Arc de Triomphe lead me to share a bit of what has been burdening my conscience. 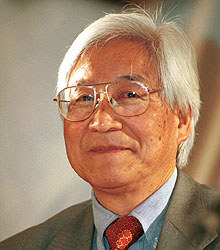 Those of you who have followed Views from the Edge know how I see the world through the lens of faith. Be Still! Departure from Collective Madness (2017, Wipf & Stock) is dedicated to Japanese theologian Kosuka Koyama. “There is only one sin,” he said during a casual lunch. “Exceptionalism.” Born in 1929, Koyama had grown up with the myth of Japanese exceptionalism. The emperor could do no wrong. Japan had become its own god. Ko saw the same myth rising in America where he had settled with his his wife, Lois, a native Minnesotan.

Paul Tillich observed that whatever is one’s “ultimately concern” is a person’s or nation’s god. Tillich was one of earliest critics of the rising god of German nationalism that led to World War II and the Holocaust. Dismissed from his professorship at the University of Frankfurt i 1933, Paul Tillich, like Koyama, was invited to join the faculty of Union Theological Seminary in New York. It was Reinhold Niebuhr of Moral Man and Immoral Society who paved the way for Tillich, and later, Dietrich Bonhoeffer, to join the theological work of the academy on American soil.

My Christian understanding of faith and life is rooted in Niebuhr, Tillich, Bonhoeffer, Bonhoeffer’s friend Paul Lehmann, and Koyama. Only Koyama lived long enough to observe the old dead god rising to life again on American soil. All of them would have applauded Mr. Macron’s statement that nationalism is a betrayal of patriotism. “History sometimes threatens to take its sinister course again.”

To be human is by nature to be anxious. We know we are not God. We are mortal. Our time is mortal. “Time, like an ever-flowing stream, Soon bears us all away. We fly forgotten as a dream Dies at the opening day.” People who profess faith in the tradition of Abraham — Jews, Christians, Muslims — understand how quickly we turn to the “other gods” for our identity and security. 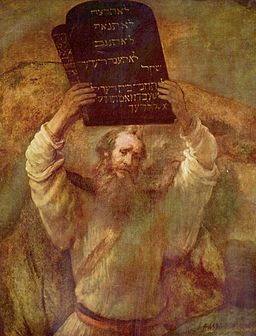 “I am the LORD your God, who brought you up out of the land of Egypt, out of the house of bondage,” says the First Commandment. “You shall have no other gods before Me” (Exodus 20:2-3).

The “house of bondage” is not limited to geography or time. It is any nation that exalts itself as exceptional, any nation that practices hardness of heart to the foreigner, the alien, and sojourner. The First Commandment identifies “the house of bondage” as a god from which the LORD God of heaven and earth sets a person, a nation, and a planet, free.

I am an American. I love my country. But I don’t worship it. Today I say, again, “Je suis Français!”

4 thoughts on “No other gods — Je suis Français!”