I hope you don’t mind me calling you Don. You can call me Gordy; only those close to me in grade school called me that, but, so did the kids in my confirmation class. Since we were both confirmed in Presbyterian churches, I think it makes sense to call each other Don and Gordy. 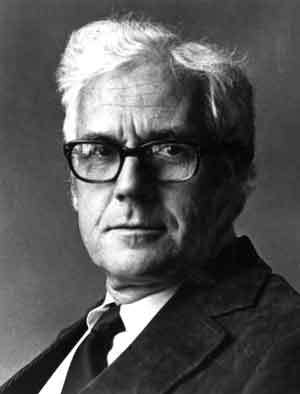 After writing you yesterday, I wondered whether your confirmation class read the same book mine did. Did you read Robert McAffee Brown‘s The Bible Speaks to You? I have to confess I didn’t read much of it at the time. I faked it. Maybe you did, too. I think we were probably a lot alike that way, don’t you think?

Anyway, this morning I went online and found The Bible Speaks to You in Google Books — Google, like Twitter, is amazing, don’t you think? — to see what we were supposed to be reading and to get a sense again of what we were being taught. Even way back when we were in confirmation class, we were being taught that Jesus was killed by the coalescence of two mistakes that seem to be the opposite of each other: nationalism, on the one hand, and imperial rule, on the other. They went hand-in-hand in deciding Jesus has to go.

Do you remember that?

Jesus wasn’t big on either nationalism or or empire; he saw both as substitutes for God, idols manufactured by the human heart to provide a false sense of security and importance. I suspect you may have skipped those chapters of the New Testament, but this wouldn’t be the first time the crucifixion was erased from consciousness. It happened in the German Church in the 1930s when the majority Christian population blamed the Jews, the Gypsies, the communists, and homosexuals for Germany’s fall from greatness. Make Germany great again was the agenda back then and Jesus was weeping all the way through it — in the concentration camps and in the cattle cars of the trains that removed from the nation everyone who wasn’t of the Aryan race, an idol of exceptionalism that, like all idols, had no foothold in reality itself.

I wonder who you’re listening to, where you stand on all of this, and write you now because, as your brother in Christ, I went on to listen to Dietrich Bonhoeffer and his American friends,Paul Louis Lehmann, William Sloane Coffin, and, yes, our old confirmation class author Robert McAfee Brown, who all claimed that what we do determines who we are.

Original cover of The Bible Speaks to You used in Presbyterian church confirmation classes in the 1950s and ’60s.

Don, if you can find a moment this morning, you can click this  Amazon LINK to The Bible Speaks to You, click “Look Inside” and scroll down to what neither of us can remembers now that we’re over 70 years old and forgetting much of what we learned. Take a look at pages 11 and 12 about the Marine Corporal following Robert McAfee Brown, the Marine Chaplain, back to his quarters after a Bible study on the Gospel of John story of Lazarus:

“Chaplain,” he said, “I felt as thought everything we read this morning was pointed right at me. I’ve been living in hell for the last six months, and for the first time I feel as though I’ve gotten free.”

You’ve been in the White House for nine months now, and I suspect it may feel like a hell you’ve never experienced. Maybe the same thing can happen with you as happened with the Marine.

Remember, Don, every one of us has had at least a taste of hell these last nine months, but I’m looking to you for something different to rise from the ashes of our confirmations: a refutation of nationalism and empire. As Robert McAfee Brown said when he was much older, “What you do determines not only who you are but who we are. ” Take a close look at the picture of Robert McAfee Brown and at . It feels as though he’s looking at us to see whether we’re with Jesus and Lazarus.