Elijah recoiled at the pictures from Las Vegas.

Marissa assured him that he wasn’t in Las Vegas. Las Vegas is far, far away, and they were nowhere near a casino. 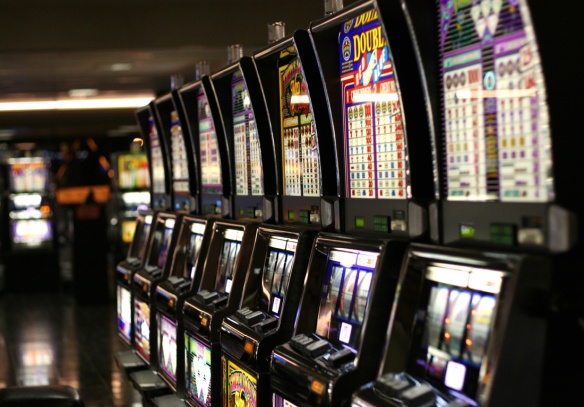 “Well, let me tell you a story about a casino, Elijah. A casino is a place where people gamble.”

“Actually gamble is a verb; the noun is gambling. You’ll learn the difference later. Gambling is when a person takes a risk with their money. Gamblers get a charge out of taking the risk that they’ll make lots of money, but they usually lose what they have. The casino is the business that makes lots and lots of money from gamblers.”

“Yeah, it’s like uncle Bob. He’s a gambler. He goes to the casino, right?”

“Right. Grandpa doesn’t like it, but, yes, he does. He’s gambled at casinos in Las Vegas and Atlantic City.

“Well, that’s the story I want to tell you.”

“I love stories! Is this the one about the Big Truck?

“No, it’s different. It’s a story that kinda rhymes with ‘big truck’ but it’s not a happy story. Years ago Grandpa went to a casino here in Minnesota to pick up a big check – thousands of dollars – that the casino was donating to Grandpa’s nonprofit poverty law firm.

“But you know what happened, Elijah?”

“No, but it does rhyme with big truck. Here’s what happened. When Richard and I started to go into the casino, Richard wouldn’t go in.  He just stood there! Like he was frozen. Like he’d had a stroke or something.

“I asked what was happening.

“‘I can’t go in there,’ he said. ‘My wife’s going to be in there at the slot machines. She’s here every day. We’re separated. We’re losing our house. We’re going bankrupt. I hate this place!!!’

“Richard’s wife took the casino bus from downtown Minneapolis every morning and spent the day at the casino hoping she’s get rich. She just got poorer day by day, week by week.

“That’s what a casino is, Elijah. A place that takes people’s money by making false promises that they’ll get rich.”

“Marissa’s husband’s like Richard. He hates casinos, but what’s a casino got to do with the President?”

“Well, Elijah, before Donald Trump became President, he was a real estate developer. He built a casino in Atlantic City in 1990 and put his name on it. Trump Taj Mahal cost $1.2 billion! He called Trump Taj Mahal ‘the eighth wonder of the world.’”

“But it failed, Elijah. It failed. The deal failed. He sold it for $50 million to a company named Hard Rock International.”

“Wow, Grandpa! No wonder Pablo called the President a hijo de puto. Pablo said the President only understands business. He doesn’t care about people like the poor in Puerto Rico who are stuck between a rock and a hard place. So, did you ever get the check from the casino?”

“We did, Elijah. I was Richard’s boss. I convinced him to go in. We went in and got the check from the Big Truck.”